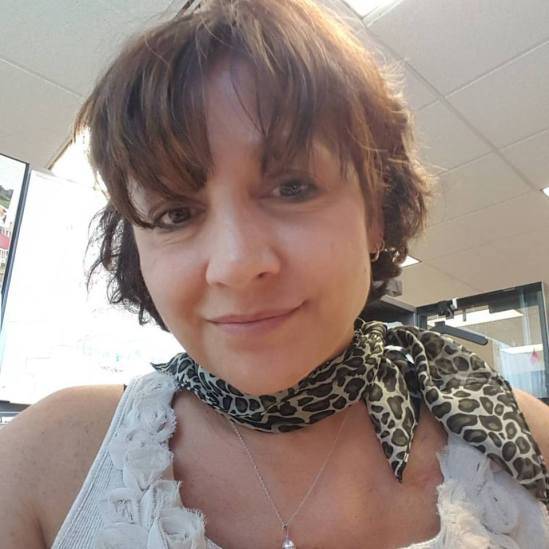 Got my chemotherapy power port removed today. True to my mom’s wish she was alive to see me through my treatment and double mastectomy for breast cancer before passing away from her own fight with ovarian cancer 3 weeks ago. My mom, my light and strength who taught me how to fight and be strong. I love and miss you every day mom. 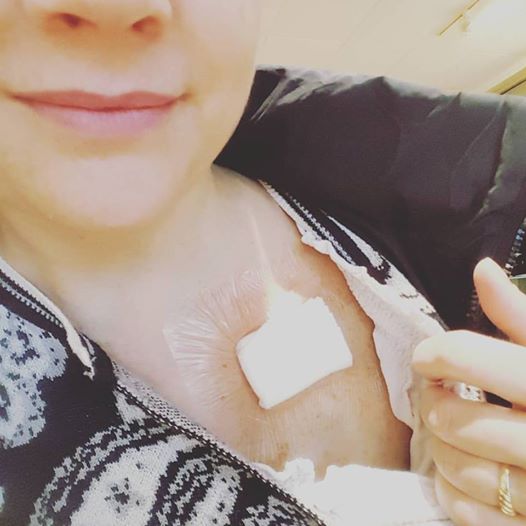 Keeping it real!
For those of you this bothers, keep scrolling! For the rest of you, I know you’re curious as to what’s under the hats and bangs. 2 down, with 4 to go (with chemo (attacks cancer) in them) and then, after surgery and reconstruction, continue one or two of the 2 antibody drugs for an additional 9 months, through my port (antibody drugs kills the hormones and protein – HER2). Remember, I got this!! ❤❤ — at Saint Francis Cancer Center. 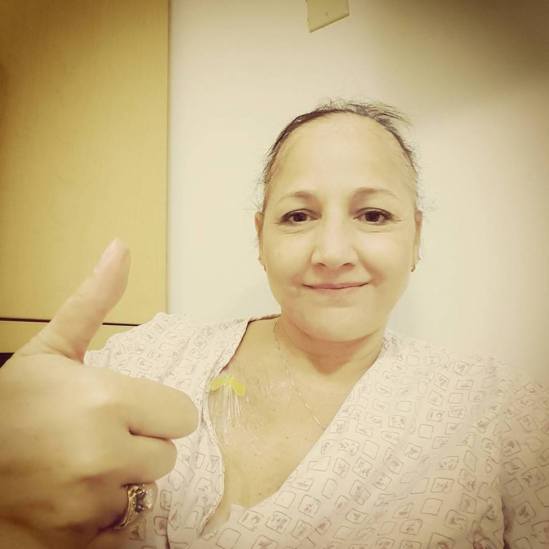 Today marks December 7th my 2nd chemo treatment. Sabine has decided to spend the entire day with me today and I’m very happy about that. My mom won’t be able to come because she has a little fever running and she doesn’t want me to get sick; I can appreciate that. I’m feeling really good. Sabine and I played cards and looked through magazines and chit chatted most of the day. When Elaine saw me wearing one of my hats she asked if I would, for her, cut my hair as short as possible because it’s really all falling out and it starts to look really gross and kind of scary.

I ended up finishing at the treatment center at 2:30 which was very nice so Sabine decided to bring me home letting Frank work a little longer. We stopped at Marshalls and I got myself another nice hat and a little skirt and a sweater. When we got home Kelly was home but Jen was already at the barn.   We decided that I would take a warm hot tub and then they would cut my hair together. So I got in the tub and washed and kind of pulled through as much as long hair I could and then Sabine cut the rest.  Kelly was really good she got a fishing net and scooped up all the loose hair from the tub. I now definitely have to wear hats. 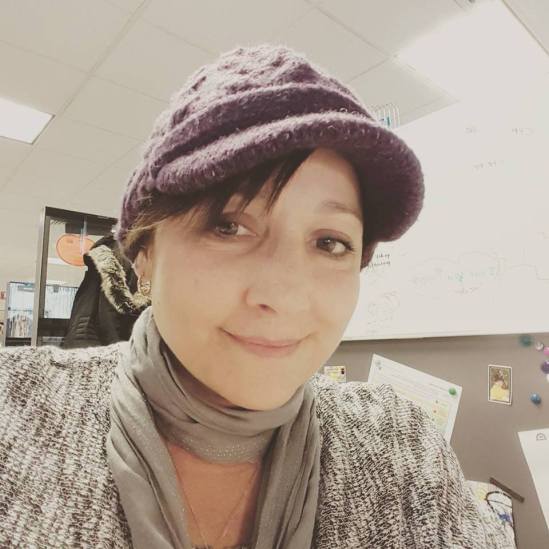 A very good day!  Got driven in with a big kiss by Frank at 8:30 a.m.  No need for him to wait since we did not know what it would entail getting started.  Elaine prepped my port with the main stick that goes into my port.  She aims the needle and I push into it.  She took 4 or 5 tubes of blood and by 10:30 a.m. (waiting order for treatment bags to be delivered) we started the first drip.  Got bag of Emend  which is suppose to help with nausea and got another decadron. 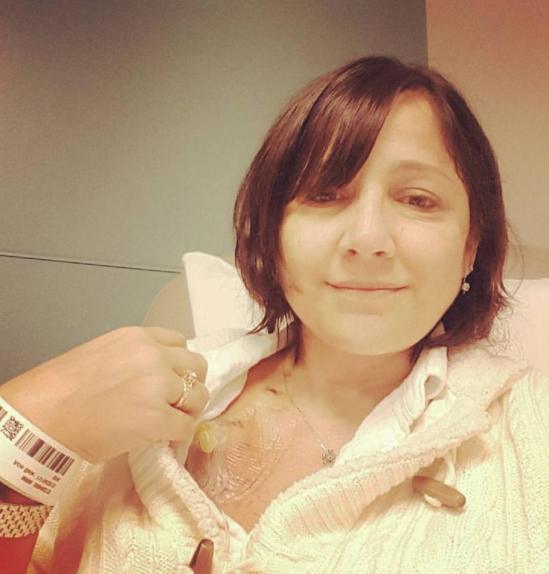 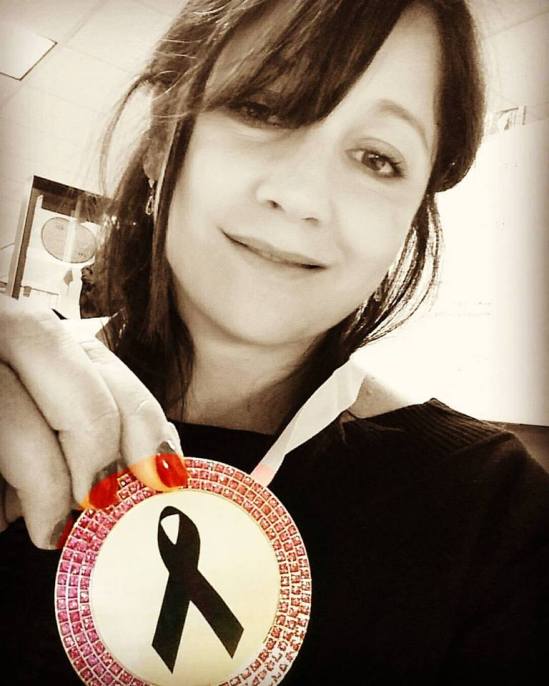 Had an enjoyable breakfast and a little play time with Lucky. 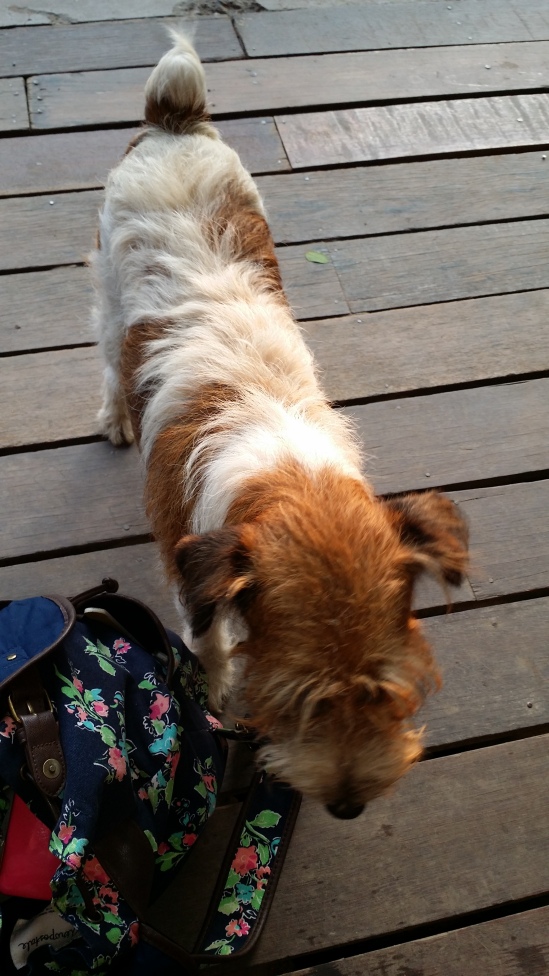 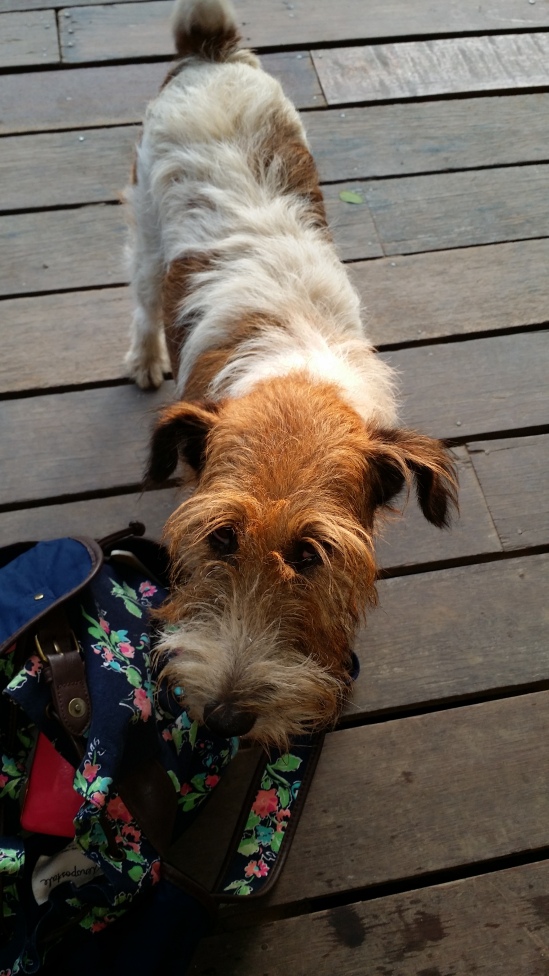 Today the next set of week volunteers will be arriving by 11 a.m.  Sabine and I will find things to occupy our ‘free’ time for today.

Here are the usual lovely morning ladies that have come by for some bananas and have their blankets put on them.  I love having breakfast with them every morning. 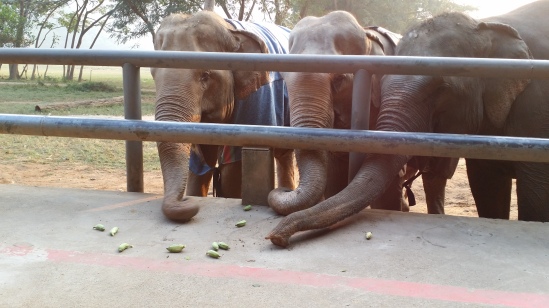 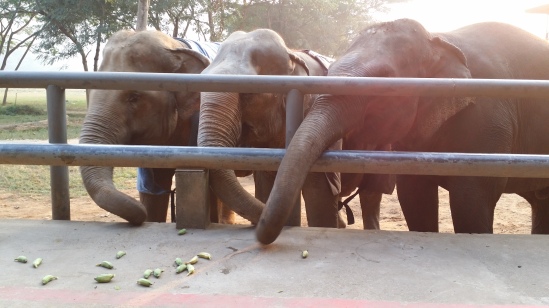 Coincidentally, their is another Ling (like Sabine’s Ling) who resembles her Ling.  ENP Ling ate out egg yolks this morning and her tail is constantly wagging. 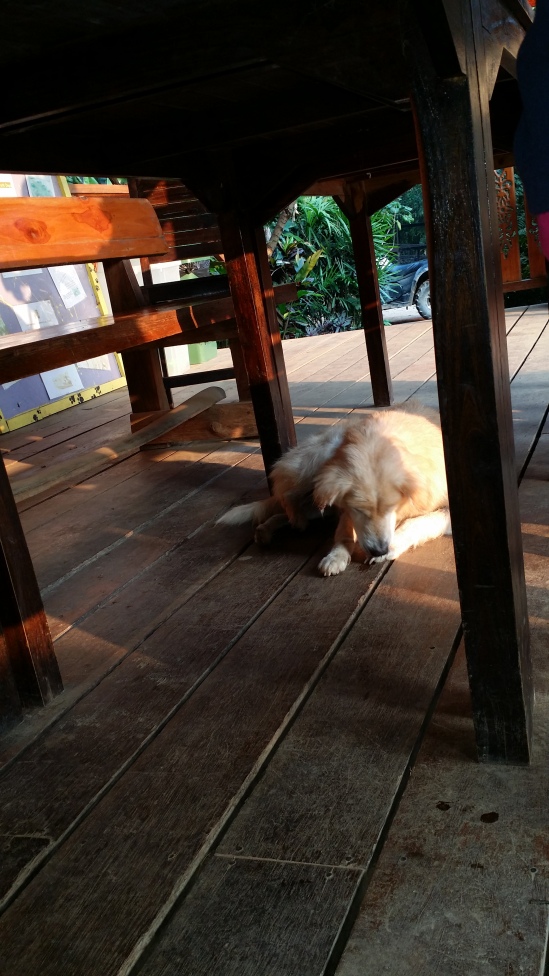 An Australian volunteer ( I think he is referred to as Pedro on Facebook) for the dog park said that we could bring Ling home.  Sabine reminds him that this is a dilemma because we have so many dogs in the U.S. that need to be adopted as well (and just as she has adopted her Ling from Alabama).  We got into a friendly discussion of the ease or difficulty of bringing a Thai dog back home.  Canada and the U.S. have no restrictions, we have the easiest aside from proof of vaccinations.  The U.K. has no quarantine period (nor do many of the European counties) but the costs are a bit expensive.  Australia/New Zealand are the most difficult with a 6 month quarantine period and heavy fees; option 2 which is preferred but more expensive, the animal is sent to the United States where no quarantine is required and then sent to Australia/New Zealand.  Apparently the reason Australia/New Zealand adoptions are much difficult because they do not have rabies.

Since we are by ourselves until the next set of volunteers arive, we have for three hours in the elephant kitchen.  We have no common language except hello, ‘swa dee ka’ and thank you, ‘khab kun ka’, but somehow we are all able to communicate just fine with gestures and smiles.  🙂  We spent most of the time peeling the rinds from the watermelon since the older elephants have difficulty chewing through the rinds. We also washed a lot of pumpkins. 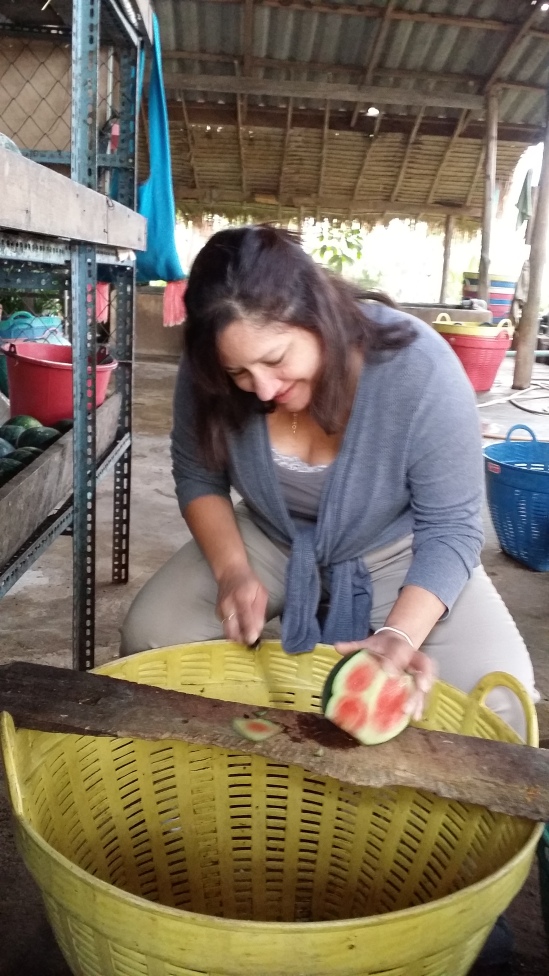 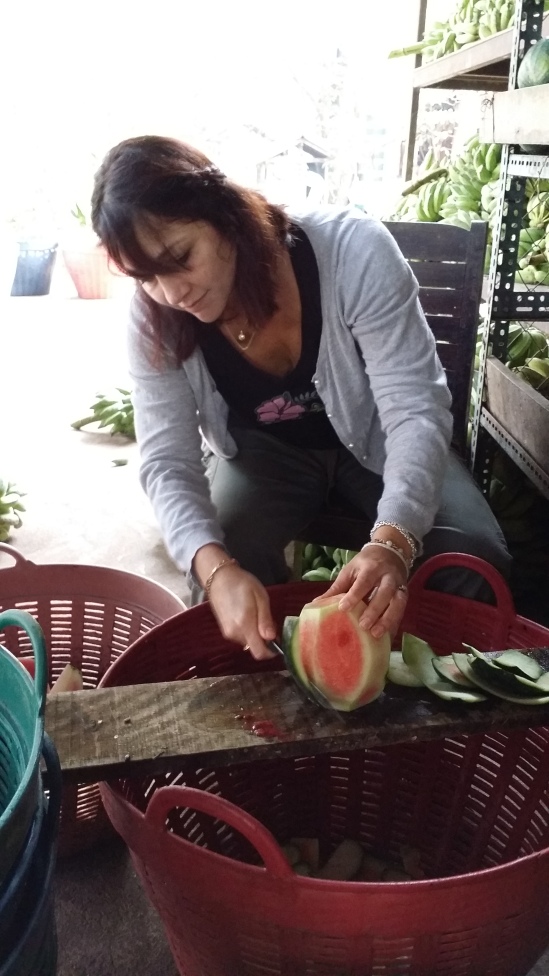 The lady who was giving us the work had us a take a break at one point and gave us half a steamed corn on the cob each – delicious!

At 1 p.m. Jodi gave her talk on the sky-walk gazebo area to all the new volunteers.  Some interesting highlights aside from her comical yet very informative talk:

After Jodi’s talk, Sabine and I went to visit Steel and her friends and then to the dog park.  I remembered to take my phone (which has been taking better pictures than my stand alone camera!)so that I could take pictures of all the dogs I will dedicate my next blog to.

One note on a touching observation.  This is the 8th time we have gone to the visit the dog park (run).  There are over 500 dogs here split in various enclosures.  Unfortunately, there is no way to visit all the dogs.  We are only able to get to one enclosure and it is the same one every time.  The first day there was a full on greeting — about 30 dogs.  They were timid but very happy to see us and little by little they would approach.  By day 8 there is still the full on greeting with the playful high pitched barks.  There is pushiness; licks; dogs on hind legs with paws on our waists; possessive growling to other dogs that is short-lived with the human’s ‘ah-ah’.  They crowd in for loves.  They become extra playful and show off a bit for you.  They lean into you and climb your back when you are sitting down. And I will miss them.

Quick elephant moment: This lovely lady has a broken right hip which often occurs from forced breeding. She stopped to scratch an itch while working her way to the river. ♡ 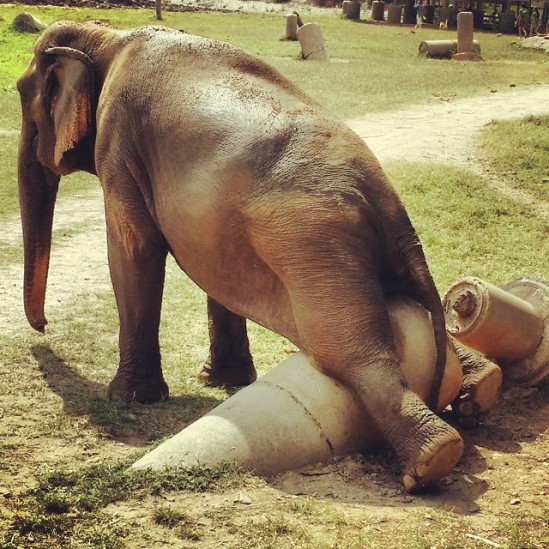 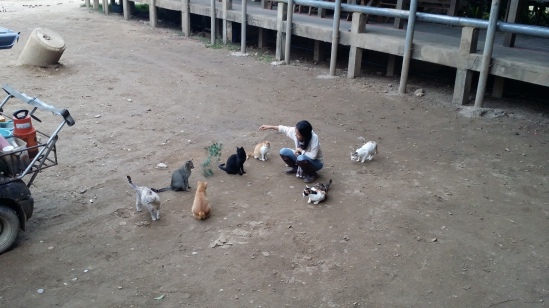 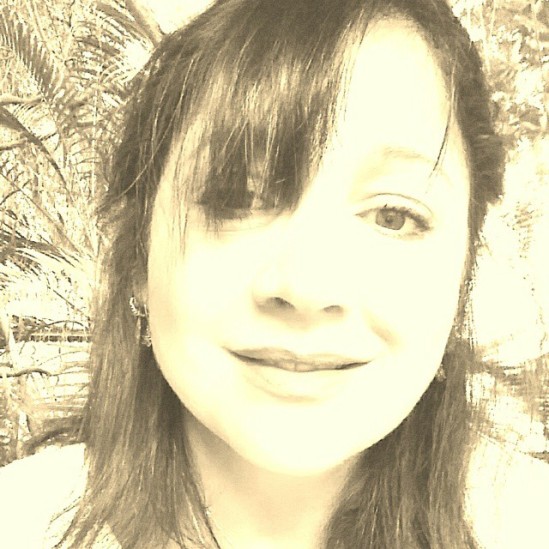 So as some of you may know, there was a slight issue with my 2 week reservation volunteering at Elephant Nature Park. We are volunteering the week of the 12th and the week of the 19th. Sabine’s reservation went through for both weeks but mine only went through for the 2nd week. We called this morning to confirm the Monday morning van pickup to the ENP office. I explained again that my first week reservation seemed to be dropped, so they suggested that I volunteer the first week at Elephant Nature Park for dogs. That way I can still be on the premises yet have housing; there was no housing available for elephant volunteer. I agreed to go to the ENP office at 11 a.m. since it was too late to make an online reservation.

We decided to leave a little early and arrived at the ENP office at 10:30 a.m. Who should be in the office (which is like a little tropical office space loaded with office cat and dog rescues, the resident 4 leggeds) but Lek (founder of ENP) having her picture taken with stacks of boxes of donated clothes. We saw her and she immediately smiled and said ‘You back!’ We said yes, every 2 years has been our plan. She said how nice it was to see us and we tried to scoot aside so that she cold finish with her photo-op moment. 2 young local Thai volunteers at the registration desk offered to assist us and I proceeded to tell my story again and then agree to do the first week with the ENP dog volunteer

alternative. As we were talking, sweet, tiny little Lek comes up behind our chairs and puts her arms around us to say hello. She said how she is so glad to see us again. She asked if we were volunteering again and I explained my situation aaagggain – not to get any preferential treatment but just telling her that Sabine was doing 2 weeks with the elephants and i was doing first week with the dogs and 2nd week with the elephants. And she says…

‘Oh, no, no… you can do both weeks with elephants’. And I said how I was told it was full. But she said, ‘no, no, we make room for you.’ And then I said thank you but I know there is no more housing available. And she says, ‘I always have housing for you, especially when you keep coming back…’ I stared at her, then jumped off my chair and threw my arms around her, and, of course, started crying. I could not stop saying thank you…. and she smiled and kept hugging me back. I was overwhelmed at her gracious gesture. I would NEVER ask for preferential treatment and would gladly accept working with the ENP dogs.. although my preference is the elephants. But it was like everything aligned just right at that moment: getting there 30 minutes early, running into Lek at the office, Lek recognizing us and insisting that there is enough room for me at the park. And even further more, when the 2 young men were registering us, and we said we would pay the balance now (rather than the typical Monday morning during pre-park registering) we realized that the balance was less than what we owed. When we said this, they said, ‘no, Lek told us to give you a discount’. What??? I was just filled with emotion. So, to not offend and tell her that the discount
is unnecessary, we accepted her ‘gift’. And I will be making an online donation to the park in the near future.

We had a slightly bumpy time since the start of our trip, but now everything has fallen into place. I am beyond happy!!! Thank you, Lek… angel and my heroine.

Jumping into Thai time zone… 12 hours ahead of home. Feeling a little fuzzy and happy. 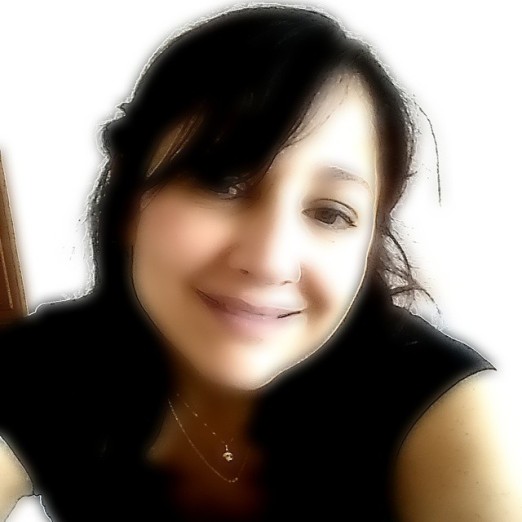 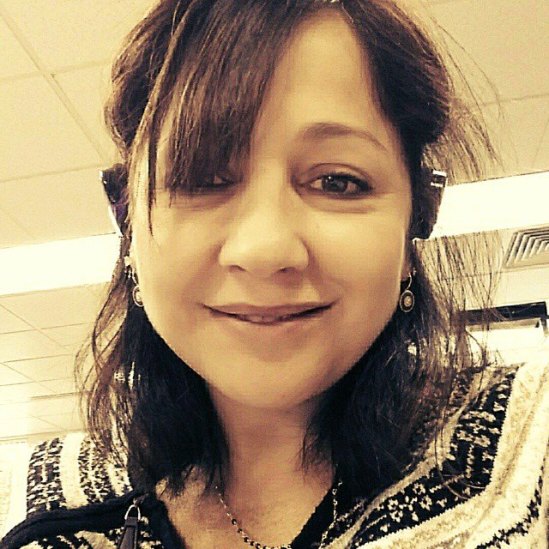 this is what happens when on the most boring conference call on the planet. 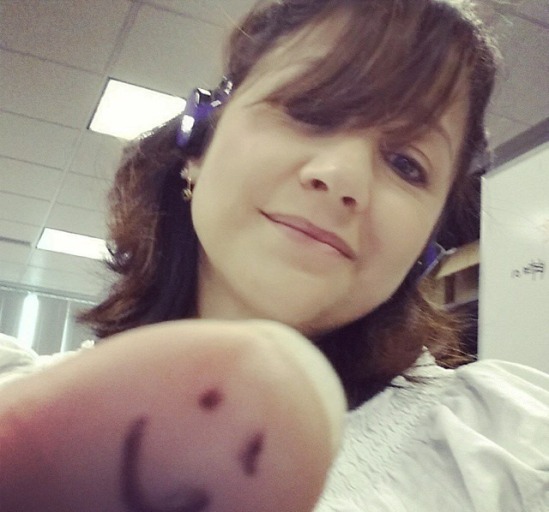