“People don’t want to open their eyes and see the Truth because the illusion suits them. As long as they’re fed whatever lies they want to hear they’re happy, because the Truth means nothing to them. Look at my parents—they’re struggling under the weight of so many pointless pressures, but if they could ever free themselves from this self-inflicted oppression they would find genuine happiness. Instead, they continue to go down a path of achievements and accomplishments and material success and shit that means nothing because that’s what America’s all about, and now they’re trapped. And they don’t get it!””

“I haven’t been to church in more than a month; too many newspapers. Newspapers are a bad habit, the reading equivalent of junk food. What happens to me is that I seize upon an issue in the news—the issue is the moral/philosophical, political/intellectual equivalent of a cheeseburger with everything on it; but for the duration of my interest in it, all my other interests are consumed by it, and whatever appetites and capacities I may have had for detachment and reflection are suddenly subordinate to this cheeseburger in my life! I offer this as self-criticism; but what it means to be “political” is that you welcome these obsessions with cheeseburgers—at great cost to the rest of your life.”

““THAT IS WHERE THIS COUNTRY IS HEADED—IT IS HEADED TOWARD OVERSIMPLIFICATION. YOU WANT TO SEE A PRESIDENT OF THE FUTURE? TURN ON ANY TELEVISION ON ANY SUNDAY MORNING—FIND ONE OF THOSE HOLY ROLLERS: THAT’S HIM, THAT’S THE NEW MISTER PRESIDENT! AND DO YOU WANT TO SEE THE FUTURE OF ALL THOSE KIDS WHO ARE GOING TO FALL IN THE CRACKS OF THIS GREAT, BIG, SLOPPY SOCIETY OF OURS? I JUST MET HIM; HE’S A TALL, SKINNY, FIFTEEN-YEAR-OLD BOY NAMED ‘DICK.’ HE’S PRETTY SCARY. WHAT’S WRONG WITH HIM IS NOT UNLIKE WHAT’S WRONG WITH THE TV EVANGELIST—OUR FUTURE PRESIDENT. WHAT’S WRONG WITH BOTH OF THEM IS THAT THEY’RE SO SURE THEY’RE RIGHT! THAT’S PRETTY SCARY—THE FUTURE, I THINK, IS PRETTY SCARY.””

Why is it in these ongoing (U.S.) mass shooting tragedies, the guns still win and victims still lose?

I am frustrated and angry hearing on the news  “There was a colossal breakdown,…” in how the events transpired in the latest shooting.  Yet another way to divert part of the main issue: availability of guns.  Blame is being placed on the FBI missing warnings, background check failings, lack of action by the sheriff’s deputies at the school…  what about the gun, especially the AR-15 semi automatic assault weapon?

I am torn on the (lack of) efforts by the sheriff’s deputy(s) at the school.  Are these guys supposed to be trained for active COMBAT style shooting at schools?  Should we be putting soldiers in our schools instead?

Training our teachers in combat to protect and assist with potential future shootings? wtf?!

And then this one from a congressman on this morning’s news, “…the 2nd Amendment is my god-given right…” What?  I call bullshit.  Where I have much to say about the 2nd amendment, I will only say, I’m pretty sure God did not write our Constitution.

We have much to do in understanding and better handling mental health issues.  Much to do in allowing our protection agencies the resources to fully vet and act on potential threats.  This won’t happen overnight but it can, must and will happen.  In the meantime, let’s make the accessibility to these weapons our first order of business.  It should be that simple.  Human lives matter.

“When in the wild, remember, lose fear and suspicion. See with all senses.”

“Inaction breeds doubt and fear. Action breeds confidence and courage. If you want to conquer fear, do not sit home and think about it. Go out and get busy.” ― Dale Carnegie

I wrote this s few years ago but couldn’t post.  Now, I will.

have you ever been hit by a truck?

i was. fortunately, i am still alive.

unfortunately, i still relive the impact every once in a while.

it’s not the first time i’ve been hit. but still, it hurts like hell. i lost something in the accident. sometimes i want to believe it’s still there. my phantom limb. that hurts like a mother fucker too. i hear that pain will recede. i hope so. i am not always strong when i need to be.

remember when you were six years old? coming home from school and seeing daddy drunk, sitting on the hallway stairs? again. and you tried really hard not cry, because he got wicked angry and would hit you. but you cried anyway. but you promised, daddy… you promised. i think he felt a little bad. at least at first. he made me sit on his lap. and i’d be crying hard by now. he said he couldn’t help it. and once he finished the bottle, which was closer to him than i would ever be, that would be the last bottle. in fact he would quit tomorrow.

but it didn’t happen. by now he would get so angry at everything you did, so you quit saying anything anymore. smaller than a comma, insignificant as a cough. but you kept believing because you wanted it so badly.

where was i? i think i fell asleep.

so that was that and this is this. but the process is the same. i couldn’t make it happen. and that’s not a cop out. sometimes can’t… is just can’t.

the hating doesn’t happen anymore.. as it did when i was younger. i’m not sure why. but i know i am glad about it. the little shit storms are still there though. the ones that i fall into on occasion. sometimes i stay there for a while. i just do.

until the pain from the impact is gone.

❤ Turned the corner in the past month or so and we are so happy and grateful for the care and support. @ Momentum Equestrian Center, Ltd 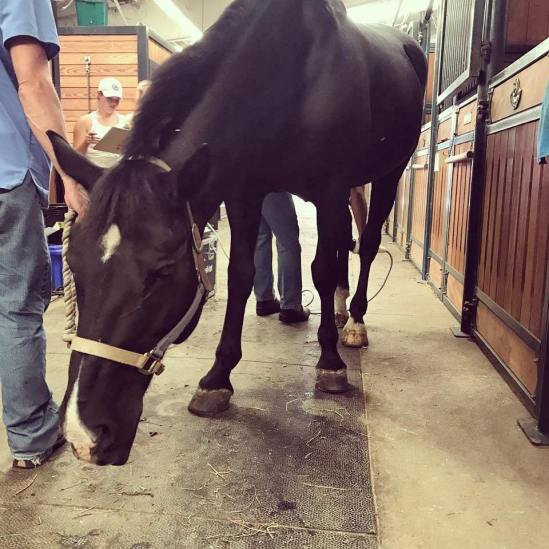 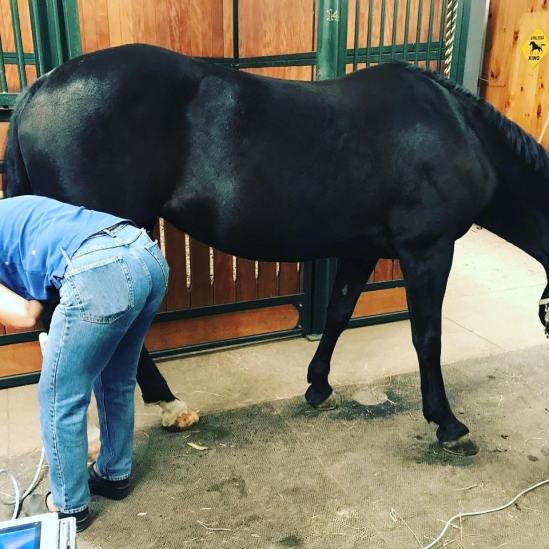 Even the silence has a story to tell you. Just listen. Listen.

My mother tells me this as we fold laundry, white towels separated from the colored ones. Each a threat to the other and I remember the time I spilled bleach on a blue towel, dotting it forever. The pale pink towel, a memory of when it was washed with a red one.

she stops, midfold, and looks out the back window. Autumn is full on here and the sky is bright blue. I guess I believe in right now, she says.

Who knew love could kill you?

For Werner, doubts turn up regularly.  Racial purity, political purity — Bastian speaks to a horror of any sort of corruption, and yer, Werner wonders in the dead of night, isn’t life a kind of corruption?  A child is born, and the world sets in upon it.  Taking things from it, stuffing things into it.  Each bite of food, each particle of light entering the eye — the body can never be pure.

So really , children, mathematically, all of light is invisible.

So how, children, does the brain, which lives without a spark of light, build for us a world full of light?

We all come into existence as a single cell, smaller than a speck of dust.  Much smaller.  Divide. Multiply.  Add ans subtract.  Matter changes hands, atoms flow in and out, molecules pivot, proteins stitch together, mitochondria send out their oxidative dictates; we begin as a microscopic electrical swarm.  The lungs the brain the heart.  Forty weeks later, six trillion cells get crushed in the vise of our mother’s birth canal and we howl.  Then the world starts in on us.

[In looking at the ocean]  Sometimes I catch myself staring at it and forget my duties.  It seems big enough to contain everything anyone could ever feel.

Is she happy?  For portions of every day, she is happy.

He made such a faint presence.  It was like being in the room with a feather.  But his soul glowed with some fundamental kindness, didn’t it?

Every hour she thinks, someone for whom the war was memory falls out the the world. … We rise again in the grass.  In the flowers. In songs.

It is the secret fear that we are unlovable that isolates us.

…it is only because we are isolated that we think we are unlovable.

We are not quite novels. The analogy he is looking for is almost there. We are not quite short stories. At this point, his life is seeming closest to that. In the end, we are collected works.

We are, for as long as we are here, only love.