So we have made lots of non ele furry friends, mostly dogs and a smattering of cats. Here are some of them:

From the tiled enclosure for the dogs that are paralyzed:

Steel: One of may favorites. She was hit by a car and her prior owners tried to take care of her. They were unable to and brought her to ENP where a special, large, smooth, tiled enclosure was made for her. She appears relatively mobile while in the enclosure but does have her pink wheelchair for those occasional walks outside of her enclosure. She is a very happy and loving dog, and LOVES to have her neck scratched since she is no longer able to do it. She can gaze into your eyes for hours and will fall asleep in your lap if you stay long enough. She appears to be the alpha in the enclosure as well. I LOVE Steel.

Gimpy 1 (Thai Pei): Still a bit of a puppy, paralyzed with muscular issues.  Very sloppy water drinker and by the end of our visits gets playfully nippy.  He is quite cute:

Gimpy 2 (Son Luk): Also still a bit of a puppy, paralyzed with muscular issues.  He has very soft fur and like to lay on my legs on his back, preferably with his face looking up at mine  He is quite cute and if I was equipped with the time and attention he deserves, I would have loved to adopt this guy,  I fell in love with him:

Look at how his feet cross over each other. Their feet always look so cute.

From the Dog Run:

Ice: Albino dog with the clearest blue eyes.  Ice was a nickname that Darrick gave him but he could not recall his Thai name at the time, (finally remembered, Yung).  He was so shy the first 2 days, he kept his distance  By the third day, after 20 minute or so when the excitement had settle down, he walked over to Sabine and I and sat in between us.  He leaned into Sabine for some petting and cuddling and then me for a bit.  He wagged his tail a lot and loved to have human touch.  Sabine became quite smitten with him: 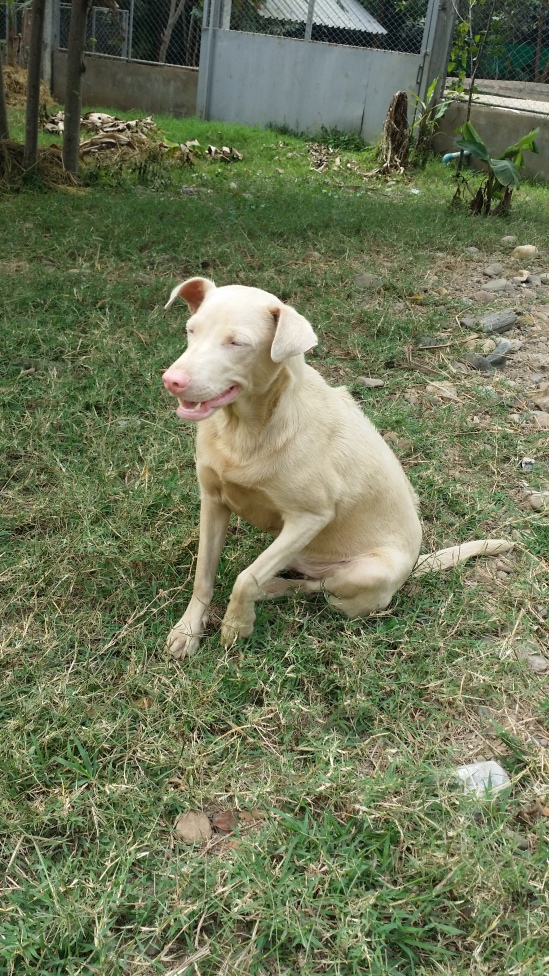 Foxy: Named by me because she has the face of a fox.  She is shy and often picked on by the other dogs.  Often she has her tail in between her legs.  But when I go to see her specifically, away from the other dogs, her tail wags, her eyes squint and she gazes right into you. 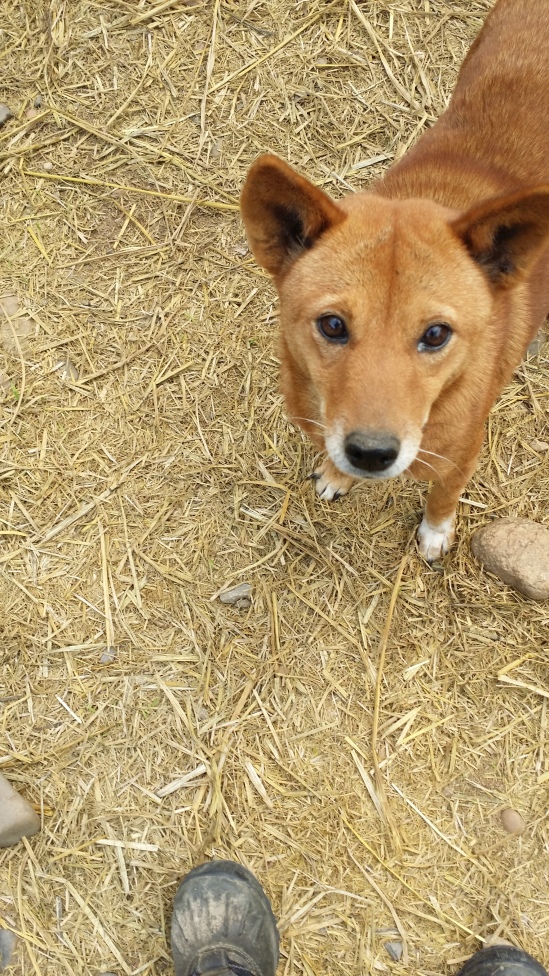 Licker:  Named by us, this girl was always very jumpy and excited to see us.  She would constantly try to lick Sabine’s face and she would climb up on her back when we would sit by their pool.  Very playful and not at all shy. 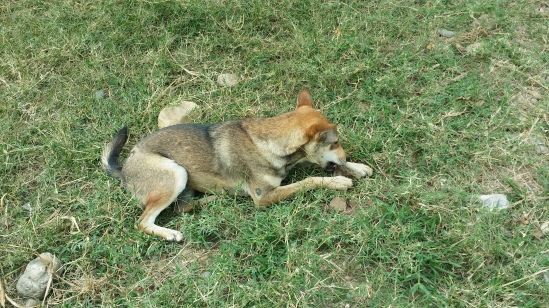 Unknown: This buy had a German Shepard look to him.  Also not at all shy and extremely playful.

Unknown: She was also a bit of a shy one but gradually became one of those who like to lean heavily into you for hugs. 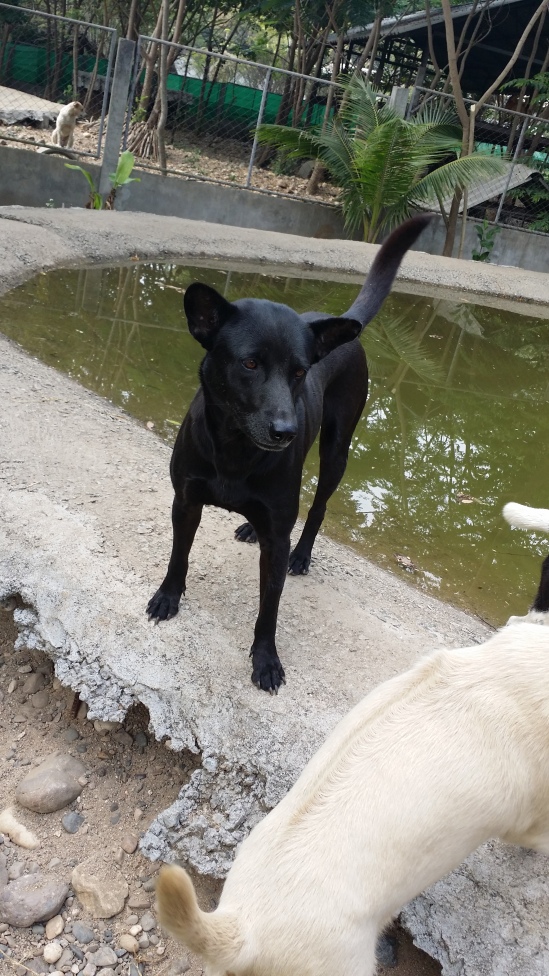 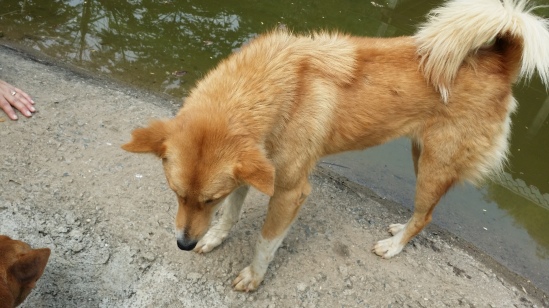 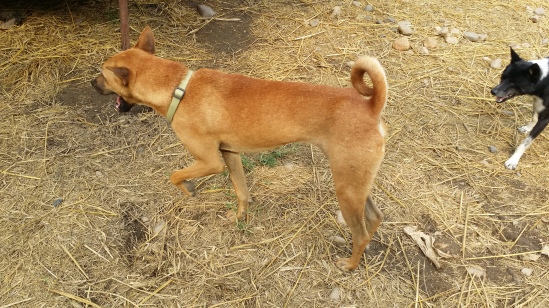 Unknown: Very friendly and constantly seemed to be looking for his marble. 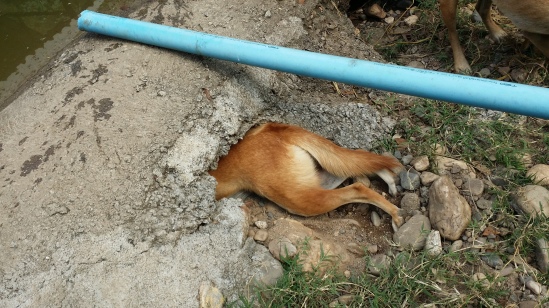 Dogs that were part of the ENP grounds:

Desmond:  Who I nicknamed fuzzy bear.  Like resting and sleeping on the tables.  Always stared at my food while I was eating.  ‘…are you gong to finish that…?’ 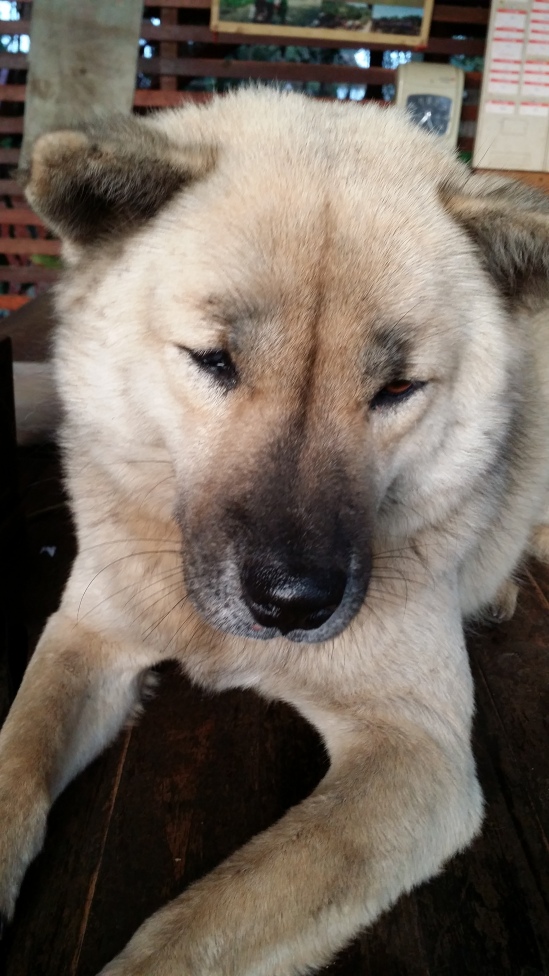 Ling: She reminded us of Sabine’s Ling.  Loved egg yolks and scratches. 🙂

Snoozer:  Named by us, he had his favorite chair at the platform.  Very easy going, sleepy and content guy. 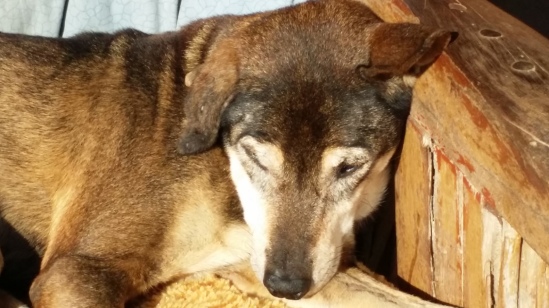 Some other lovely sightings..